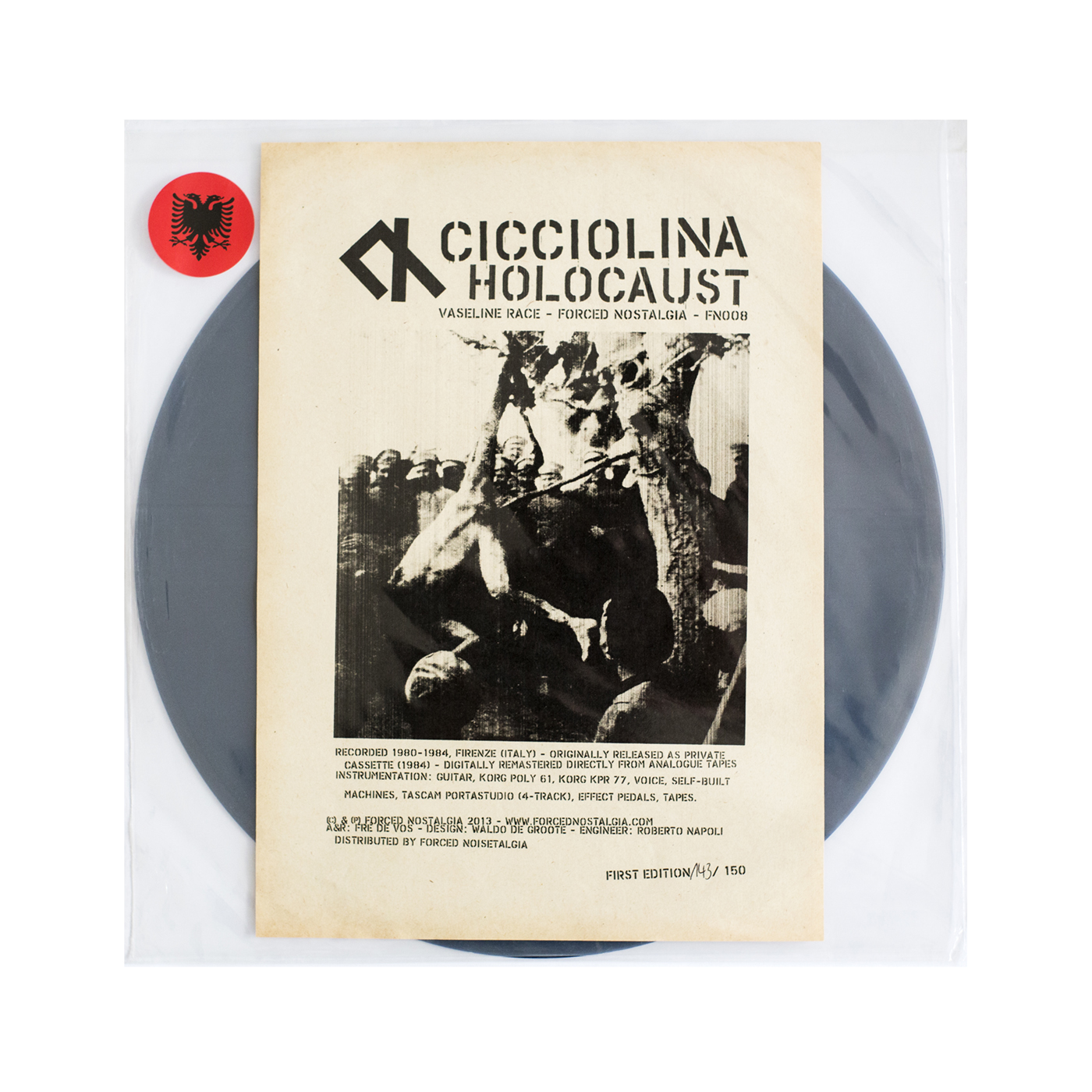 Florim Prishtina and Rezart Veseli recorded together as Cicciolina Holocaust in Firenze, Italy during the late ’70s and early ’80s, releasing several tapes, all as small private editions given to friends. Using guitar, Korg Poly 61, Korg KPR 77, Cornet, Tascam Portastudio (4-Track), effect pedals, tapes and an array of self-built machines, their work covers a wide spectrum of analog electronics, resulting in oppressive and uber-dark synth-scapes and minimal proto-techno experiments that slot perfectly alongside the kind of darkside work typified by Regis and the more experimental end of the Downwards label in 2011.