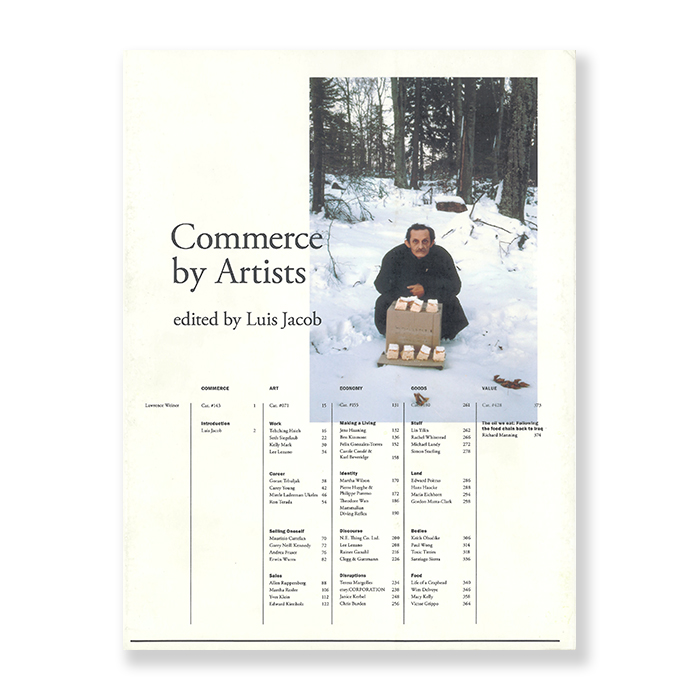 Commerce by Artists documents a fascinating and sweeping range of artists projects produced from the 1950s to the present by Canadian and international artists who have sought to engage, rather than merely represent, the complex contemporary art world of which they are a part. This encyclopedic journey into that pivotal and transitional time encompasses canonical works such as Yves Kleins Zones of Immaterial Pictorial Sensibility (1958), Seth Siegelaub’s Artist s Contract (1971), and Lee Lozanos Strike Piece (1969) as well as rarely documented works like Keith Obadikes Blackness for Sale (2001) and Kelly Mark s In & Out (1997 ongoing until 2032). A few of the 27 contributors included are Clegg & Guttmann, Jorge di Paola, Hu Fang, Andrea Fraser, Coco Fusco, Hans Haacke, Jens Hoffmann, Mary Kelly, Sina Najafi, Richard Manning, Cuauhtémoc Medina, Hans Ulrich Obrist, Andrea Rosen, Martha Rosler, Reid Shier and Julia Steinmetz.