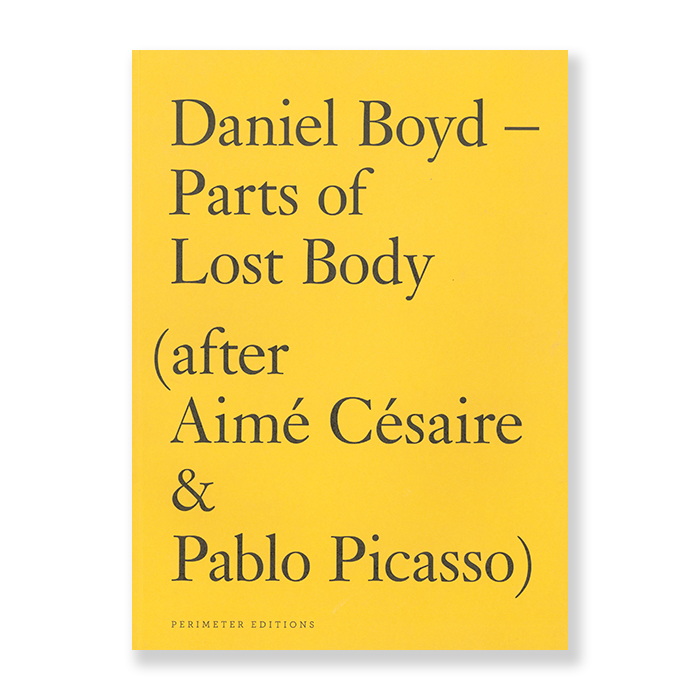 Taking late Francophone writer, politician and founding father of the Negritude movement Aimé Césaire‘s seminal collection of poems Lost Body (which was famously illustrated by Pablo Picasso) as its source material and guide, this slender new volume from Indigenous Australian artist Daniel Boyd not only shines a light back on the mid-century black consciousness movement, but continues his quietly spoken mining of modernism’s relationship to colonialism. Featuring Boyd’s painterly appropriations of Picasso’s economical line-drawings – rendered in Boyd’s unique pointillist style – Parts of Lost Body (after Aimé Césaire & Pablo Picasso) not only pays homage to Césaire and his wider impact, but poses questions of Picasso’s uncomfortable place in the cultural scheme of Negritude. It is the second book of his work published by Perimeter Editions, following the major volume The Law of Closure (2015).