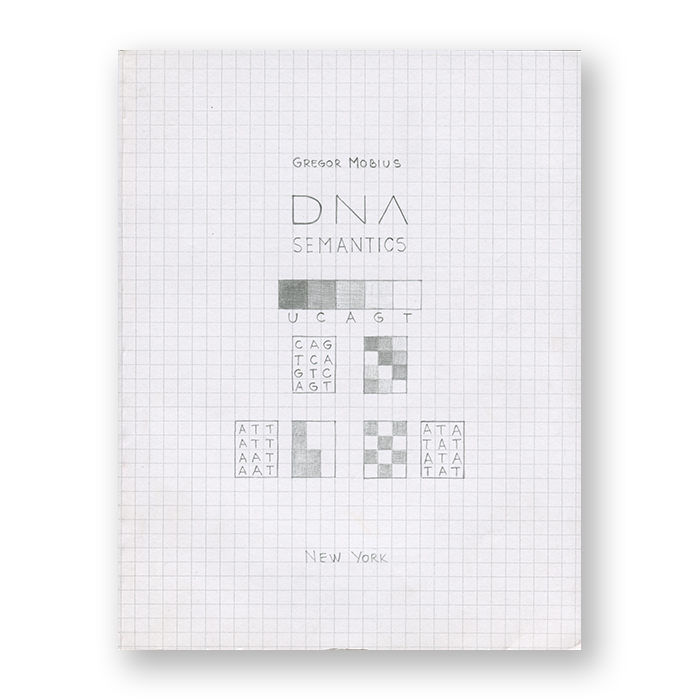 The “DNA Semantics” is a book about an interpretation of DNA/RNA as visual structures with specific formal properties and relationships. Instead of existing alphabet representation U, C, A, G and T, all the bases are expressed as five discrete values of the gray-scale: T=white, G= light gray, A= gray, C= dark gray and U= black. Arranged in 3×4 matrices DNA strands as linear structures consisting of alphabet letters are converted in 2D images with distinct visual properties. In this representation we could learn more about DNA/RNA, not only as biological(functional) structures but also as a specific language that can be expressed visually.