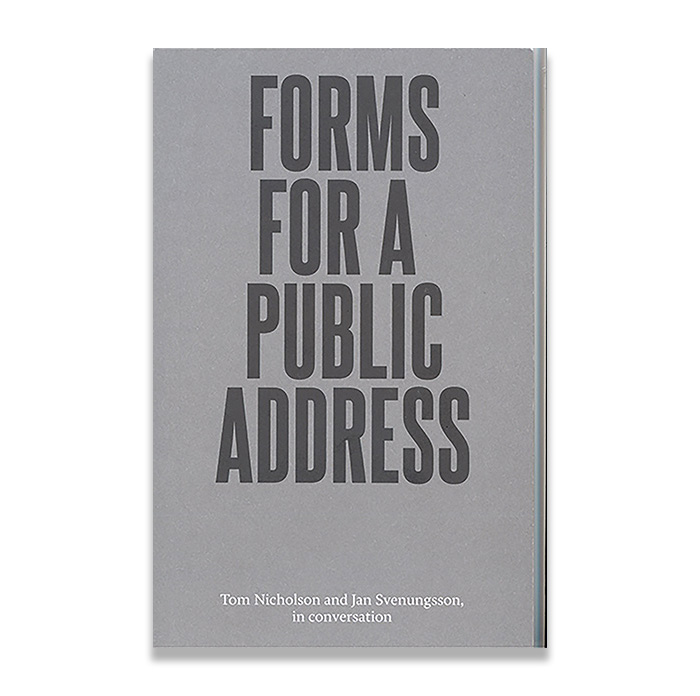 Forms for a Public Address

Forms for a public address presents an exchange between the Berlin-based Swedish artist Jan Svenungsson and the Melbourne-based Australian artist Tom Nicholson, written over a two-year period spanning 2008–2010. Shifting between a discussion of their own work and that of other artists, as well as art history and contemporary events as they unfold in parallel to the exchange, the book addresses the possibilities of art-making, the relationship between public forms and private processes, and the question of how artists understand their work in the face of the world around them.