How Aboriginies Invented the Idea of Contemporary Art IMA Shop 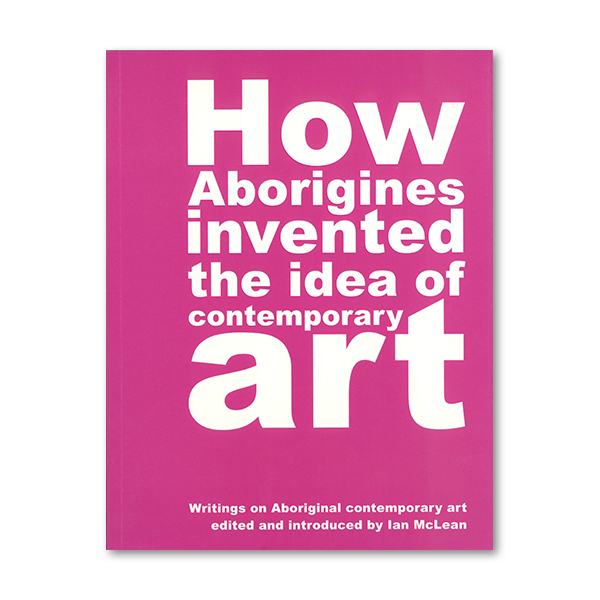 How Aboriginies Invented the Idea of Contemporary Art

What lies behind the indigenousness of Aboriginal art is a return of the repressed with a vengeance, an enhanced creativity capable of challenging the colonial order. In this anthology, Ian McLean has brilliantly put together a theoretical discourse that examines critically this multilayered—though sometimes contradictory—complexity of Aboriginal art.—Rasheed Araeen

Ian McLean is one of Australia’s leading art historians and the first to write broadly and inclusively about the place of Aboriginal art in contemporary Australian art theory and practice. The anthology guides us through the complex recent literature on Aboriginal art and provides a context for understanding current debates and emergent interpretations of the significance of this exciting new intervention in world art.—Howard Morphy

How Aborigines Invented the Idea of Contemporary Art is the first anthology to chronicle the global critical reception of Aboriginal art since the early 1980s, when the art world began to understand it as contemporary art. Featuring ninety-six authors—including art critics and historians, curators, art centre co-ordinators and managers, artists, anthropologists, sociologists, philosophers and novelists—it conveys a diversity of thinking and approach. Together with editor Ian McLean’s important introductory essay and epilogue, the anthology argues for a re-evaluation of Aboriginal art’s critical intervention into contemporary art since its seduction of the art world a quarter-century ago.