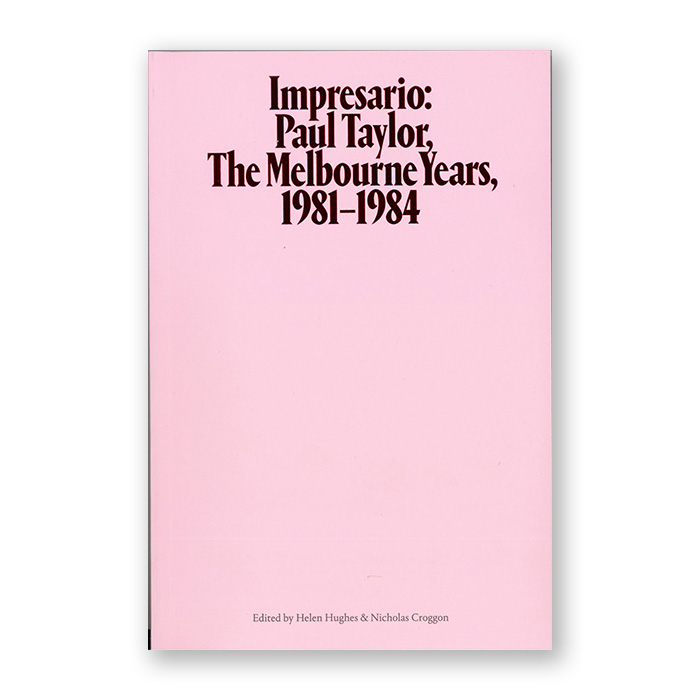 Impresario: Paul Taylor, The Melbourne Years, 1981–1984 brings together a diverse body of texts focused on Paul Taylor, the Australian editor, writer, curator and impresario, and in particular his important and influential early years in Melbourne between 1981 and 1984. The dates of the texts included span some thirty years and take a variety of different forms — critical essays, reviews, short reflective texts, interviews, transcriptions of lectures — the combination of which seeks to analyse Taylor’s impact on Australian art history in the early 1980s, when he founded Art & Text and curated the landmark exhibition ‘POPISM’ at the National Gallery of Victoria, and the subsequent ripples that continue to encircle us in his wake, thirty years on.