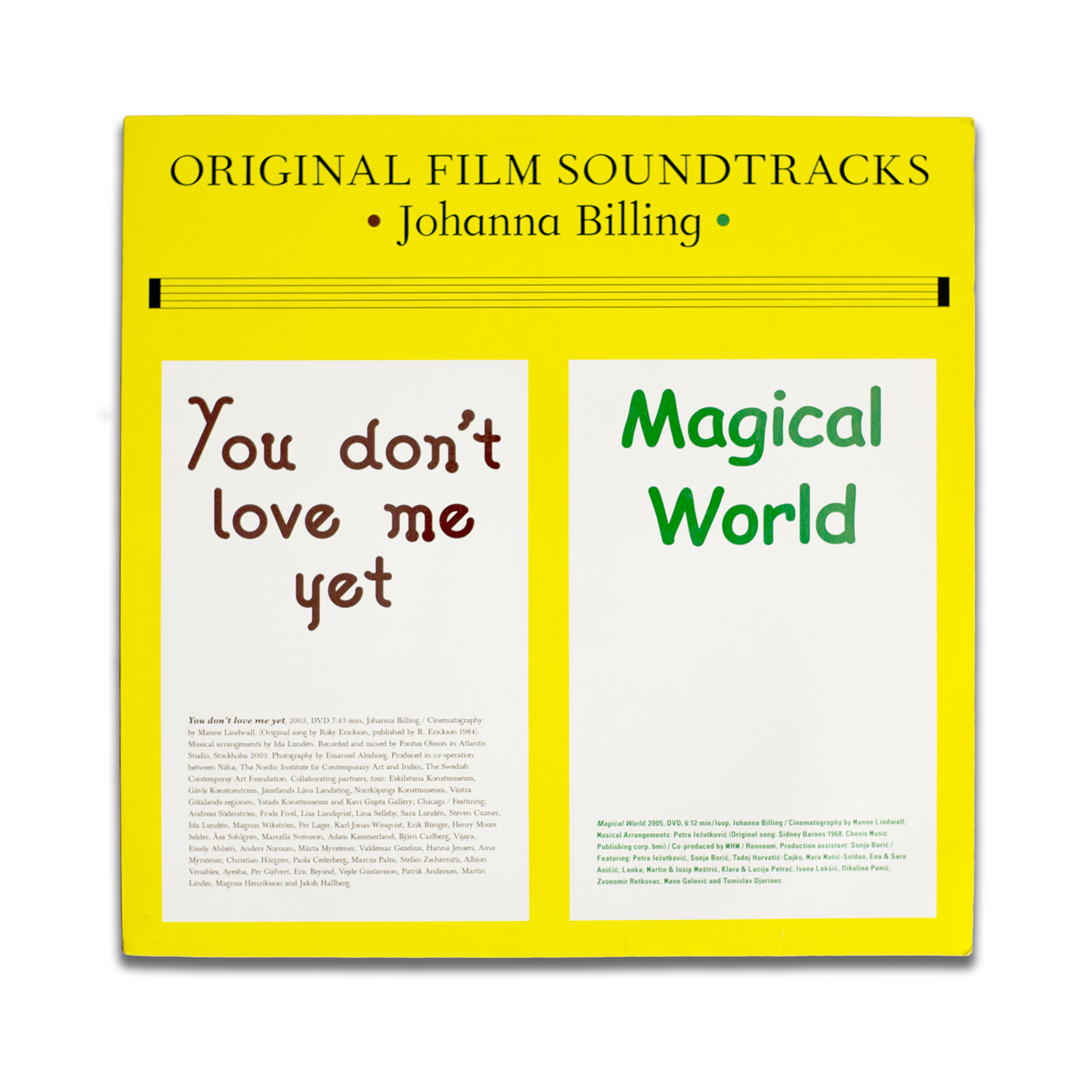 Originally composed by legendary Roky Erickson YOU DON’T LOVE ME YET starts slow around a synth drone and a fragile violin, builds up slowly with more acoustic and electric instruments and voices to finally end in a massive endless pop hymn with roaring orchestra arrangements and blue eyed gospel choir.

YOU DON’T LOVE ME YET is a 9 minute anthem recorded by friends and musicians from Stockholm at Atlantis Studio. Johanna had the idea for this piece, when she heard on public radio that Sweden has the highest number of single households worldwide.

MAGICAL WORLD documents a group of children from Zagreb, Croatia performing this pop masterpiece, originally written for the Chicago vocal group “The Rotary Connection” in the summer of love. This very mixed vocal pop ensemble with the outstanding voice of Minnie Ripperton in lead is in Billings version replaced by a group of suburban kids, singing: “Why do you wake me up / From such a beautiful dream / Can’t you see that I am sleeping / So why / don’t you leave me alone /… / I live in a magical world.”