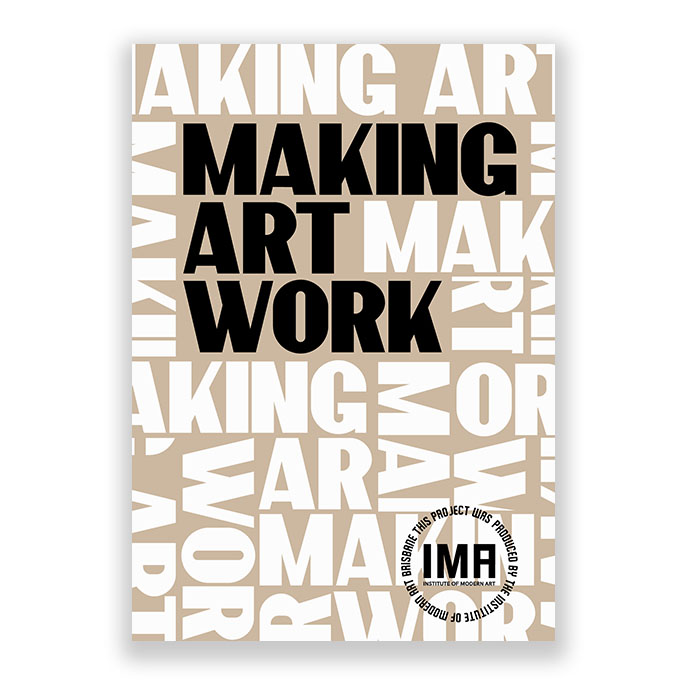 This publication documents an initiative of the Institute of Modern Art, Making Art Work which proposed an experimental role for the institution as administrators of economic stimulus for artists.

Taking place across 2020—during and post COVID-19 lockdowns—the project saw over 40 artists commissioned to create new works that reinforced the importance of creative labour at a time when the cultural and economic value of art had been diminished. Drawing from the politicised language of the crisis, each artist responded to the provocations posed by four curatorial pillars; Unprecedented Times, Industrial Actions, Permanent Revolution, and Relief Measures.

Artist commissions spanned objects, texts, workshops, ephemeral projects, and more with the outcomes presented via makingart.work, and at the IMA Belltower. This publication complies these artworks alongside new essays from Sophia Nampitjinpa Sambono, Ian Were, Sarah Werkmeister, and Yen-Rong Wong, and a foreword from IMA staff Llewellyn Millhouse, Liz Nowell, Tulleah Pearce, and Sarah Thomson to create a document celebrating Queensland art and artists.