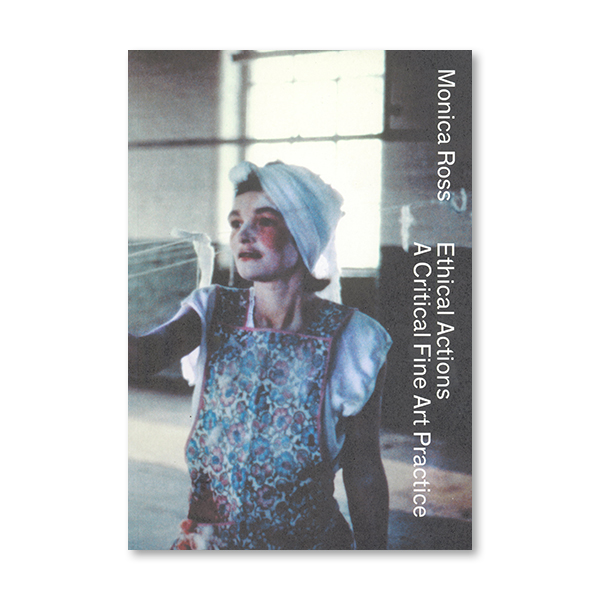 British artist Monica Ross (1950-2013) left behind forty years of major socially engaged, feminist, and performative artwork. This fully illustrated publication documents Ross’s works from 1970 to 2013, including early feminist collaborative works, drawings made at the Greenham Common Women’s Peace Camp in the 1980’s, poster designs for the anti-nuclear movement, works relating to the writings of Walter Benjamin, and documentation from the sixty performances of Anniversary – an act of memory (2008-13), solo, collective, and multilingual recitations from memory of the Universal Declaration of Human Rights, which concluded with a final collaborative performance at the UN in Geneva on the day of Ross’s death. With essays by Esther Leslie, Eric Levi Jacobson, Alexandra M. Kokoli, Denise Robinson, Yve Lomax, and photographic documentation by Bernard G. Mills, this book is a valuable art-historical document.