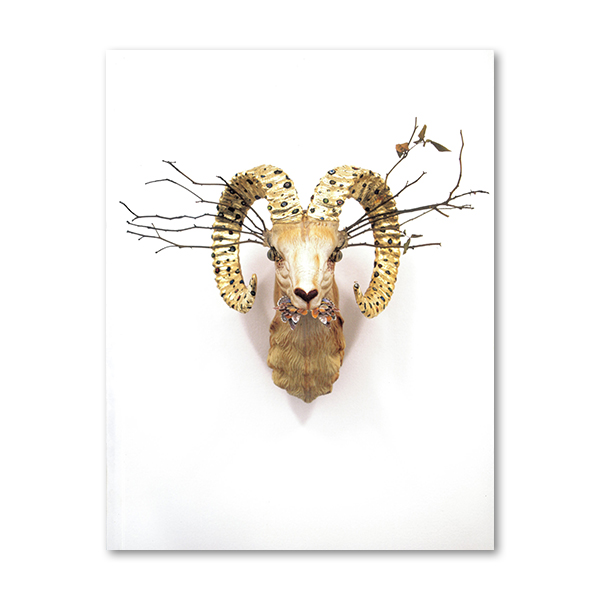 Not since van Gogh lopped off his ear has an artist’s knife been put to such good use.—Tessa Laird

New Zealand collage artist Peter Madden draws much of his imagery from old issues of National Geographic. He plunders and reworks the magazine’s discredited ’empire of signs’ to forge his own. His surrealistic pictures, objects, and installations—with their watchmaker detail and intensity—have been described as ‘microcosms’ and ‘intricate kingdoms of flying forms’ Madden has one foot in the vanitas still-life tradition and the other in new-age thinking. On the one hand, he is death obsessed: a master of morbid decoupage. (Moths and butterflies—symbols of transient life—abound. His assemblages in bell jars suggest some Victorian taxidermist killing time in his parlour.) On the other hand, with his flocks, schools, and swarms of quivering animal energy, he revels in biodiversity and magic. Madden’s works manage to be at once morbid and abundant, rotting and blooming, creepy and fey. This book serveys Madden’s work of the last ten years