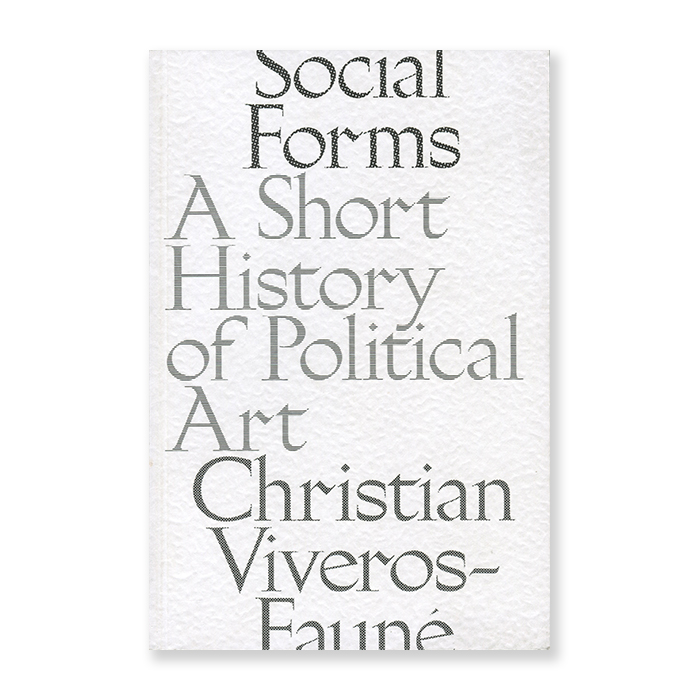 A Short History of Political Art

In an increasingly polarized world, with shifting and extreme politics, Social Forms illustrates artists at the forefront of political and social resistance. Highlighting different moments of crisis and how these are reflected and preserved through crucial artworks, it also asks how to make art in the age of Brexit, Trump, and the refugee and climate crises. In Social Forms: A Short History of Political Art , renowned critic, curator, and writer Christian Viveros-Fauné has picked fifty representative artworks- from Francisco de Goya’s The Disasters of War (1810-1820) to David Hammons’s In the Hood (1993)-that give voice to some of modern art’s strongest calls to political action. In accessible and witty entries on each piece, Viveros-Fauné paints a picture of the context in which each work was created, the artist’s background, and the historical impact of each contribution.