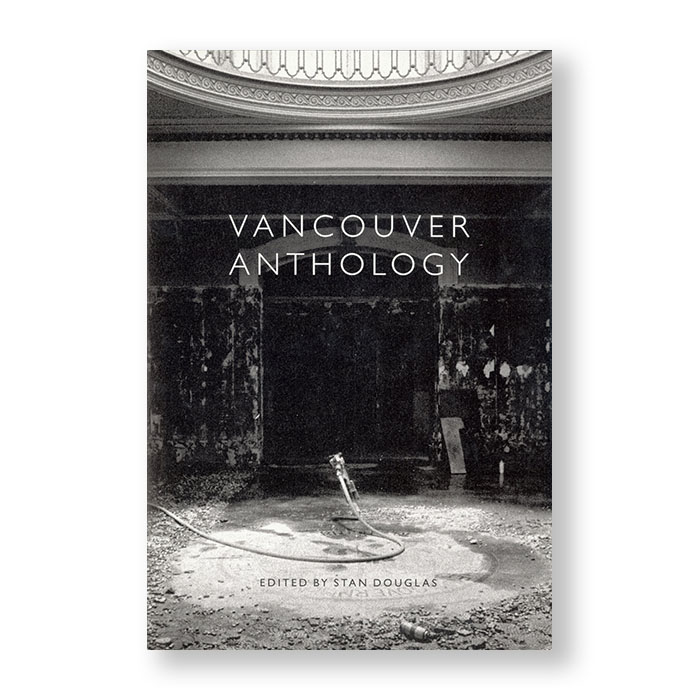 The essays collected in this book were first presented in the autumn of 1990 as part of a lecture series entitled “Vancouver Anthology: Lectures on Art in British Columbia”, a forum in which each contributing writer could test his or her research on the question of art and politics in public, before their papers were sent to print. The papers documented a range of Vancouver cultural practice, including the emergence of artist-run centres, experimental performance and video, feminist activity, collaboration, sculpture, painting, art criticism, conceptual art and landscape, as well as critical reflections on perceptions of aboriginal cultures.

Vancouver Anthology has been out of print for several years and earlier attempts to reprint the book were thwarted due to the fact that design files and production films had been lost or destroyed. In the absence of a second printing, scarcity and high-demand drove prices for existing volumes as high as $300, making the book unaffordable to artists and students in particular. The new edition, which has been over two years in production, was recreated using early text files of the essays and by sourcing and re-scanning images from their original negatives and transparencies. A new design by Derek Barnett pays tribute to Douglas’s original 1991 book design, yet provided the opportunity to move to a larger hardcover format. Most significantly, the second edition features a new afterword by Douglas, reflecting on sociopolitical changes since the anthology’s beginnings in 1990.

Essays in the book include: A Particular History: Artist-Run Centres in Vancouver by Keith Wallace; Daring Documents: The Practical Aesthetics of Early Vancouver Video by Sara Diamond; Expanded Consciousness and Company Types: Collaboration Since Intermedia and the N.E. Thing Company by Nancy Shaw; Independent Film After Structuralism: Hybrid Experimental Narrative and Documentary by Maria Insell; Some Are Weather-Wise; Some Otherwise: Criticism and Vancouver by William Wood; A Working Chronology of Feminist Cultural Activities and Events in Vancouver: 1970–1990 by Carol Williams; Sculpture and the Sculptural in Halifax and Vancouver by Robin Peck; Painting and the Social History of British Columbia by Robert Linsley; Discovering the Defeatured Landscape by Scott Watson; and Construction of the Imaginary Indian by Marcia Crosby.

Vancouver Anthology is co-published by the Or Gallery and Talonbooks, Vancouver. Printing and production of the second edition project was generously supported by the Canada Council for the Arts, Vancouver Cultural Olympiad, British Columbia Arts Council, and the Audain Foundation for the Visual Arts in British Columbia.