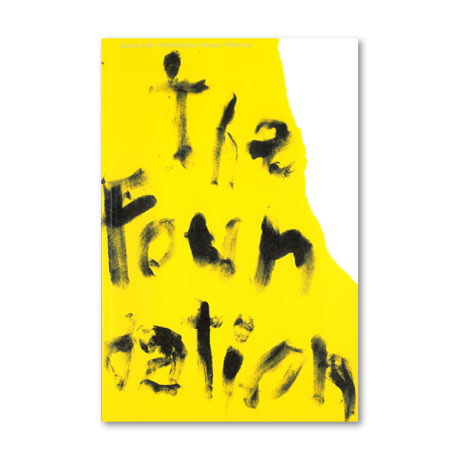 This book documents the eponymous work by British artist, Patrick Staff, presented at the Chisenhale Gallery, London; Spike Island, Bristol; Contemporary Art Gallery, Vancouver; and the Institute of Modern Art, Brisbane. The film combines footage shot at the Tom of Finland Foundation in Los Angeles—home to the archive of the erotic artist and gay icon and a community of people that care for it—with choreographic sequences shot within a specially constructed set. The legacy of Finnish artist Touko Laaksonen (1920-1991), better known as Tom of Finland, spans multiple generations. Tom of Finland’s work made a considerable impact on masculine representation and imagery in post-war gay culture. Rather than focusing on Tom of Finland’s work, Staff’s film evokes the foundation as a set of relations. Staff explores how a collection is formed and constituted; the communities that produce and are produced by a body of work; and ideas of intergenerational relationships and care. Through observational footage of the house, its collections and inhabitants, the foundation is revealed as a domestic environment, a libidinal space, archive, office and community centre; a private space which is also the home of a public-facing organisation and the source of a widely dispersed body of images. The Foundation book features texts by Isla Leaver-Yap and Catherine Lord as well as an interview with Staff and the Tom of Finland Foundation’s S.R. Sharp. The publication is a collaboration between the IMA, Contemporary Art Gallery (CAG), Chisenhale Gallery, and Spike Island.