Resource What is Appropriation?

What is Appropriation?
An Anthology of Critical Writings on Australian Art in the 80s and 90s 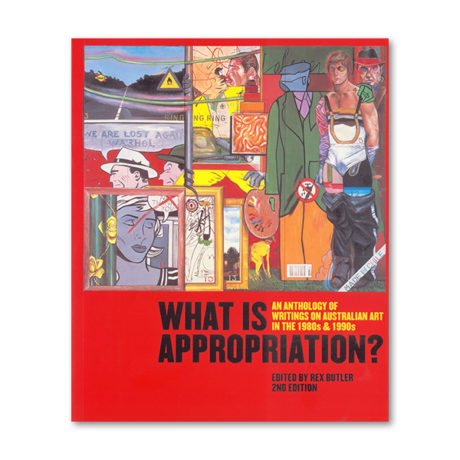 It was probably Ad Reinhardt, though it could have been Sherrie Levine or even Andy Warhol, who remarked that you only know you are doing something original when everybody else is doing it. This book explores this and other paradoxes raised by the practice of appropriation the quotation and use of other artists' work that became widespread in the 1980s. Why was the practice so uniquely popular in Australia? What did it say about the relationship of Australian art to the art of other countries; about white art to Aboriginal art; and about contemporary art to the art of the past? How and why does appropriation fundamentally challenge habitual ways of looking at pictures and thinking about art? The essays and pictures in this book provide answers to these questions, but always in the knowledge that the enigma of appropriation remains

beep. crackle. Contemporary art from the middle of nowhere

Are You Upset With Me?

Radical Revisionism: an anthology of writings on Australian Art